Kids at the fair with the AuPair, day after she arrived! What a trooper!

Have I mentioned that my kids went to a ghetto daycare? I’ve had troubles with them not making sure kids were buckled before taking off to the next pick up point, letting the kids, even the 2year old, watch a PG13 film in the morning before school started. Why would I. Booze such a daycare? The location was close to the house, they transported the kids to school, and they we’re open when I needed them to be open.

Then, a friend turned me on to the possibility of an Au Pair. The Au Pair lives in the home, gets the kids ready for school, watches the little one all day, fixes lunches and feeds them dinner, throwing a load of laundry in along the way. Seems like the perfect set up. There are a few rules. The Au Pair cannot work more than 45hrs per week and not more than 10hrs in any one day.

AuPair MYTH: It’s too expensive
Our current schedule at the daycare was not sustainable. We were all tired, cranky and stressed out! This was the solution, but I assumed it was too expensive. It wasn’t. The cost of an Au Pair is set, not based on number of children. So, for the same cost I was paying for full time ghetto daycare, I could have someone live-in and our lives would be SO much easier! I was sold!

There are some ancillary costs, like car insurance because she drives the kids to school and the cost of feeding and housing another person, e.g. water, electric etc. But the cost of those things are negligible to my family’s peace of mind.

We went with Cultural Care, chose a French speaking Au Pair (the older boys take French in school) and waited 6 weeks for her to arrive. She arrived last Friday and the adventure has begun! Stay tuned for more on our adventure, how we merge our lives with this new person and how the AuPair experience is for us.

***If you would like a referral, please let me know as I could receive e a small credit for anyone who decides to use their services. Or, keep reading before making that decision.

You know that song ‘There’s a Tear in My Beer’? Well last night there was a tear in my wine. For the second time in 7 years, my husband forgot our anniversary. The first time he forgot, I reminded him the week before the event. He still spaced. This year, I did’t remind him and neither did his mother. He has had enough troubles this year remembering he is actually married. He says he loves us, me and the family, and that he really wants things to work. But then he forgets which MONTH we were actually married in.

The beginning of our story is sweet, the current reality is not. He was best friends with the younger brother of one of my best friends in High School. Convoluted, but we knew each other and hung out, a lot. We were all in the same graduating class. No, we didn’t date back then. I thought he was too much of a goober. Too silly, never taking anything seriously and really kind of a dork in that ‘Im going to be an auto-mechanic’ kind of way. (No disrespect to that very valuable and highly capable profession. The boy was taking 4 hours of auto shop classes in High School) I was the classic over achiever – 4 Advanced Placement for College classes and worked a 20hr/wk gig to keep me in girly shoes and stuff. That should have been a clue. Fast forward 10 years, and he emails me on classmates.com (before Facebook for you young’uns). I remembered his name and thought I should email him back. Turns out, he was living quite close to where I was living and our dinner to talk about old times became our 1st date. Fast forward 6months and we are expecting twins and getting married. He says he always had a crush on me.

The ‘happily ever after’ never really happened. I knew marriage was hard work, Id seen my parents go through their own ups and downs.  A warning to many other young people. Date, date and date some more, for YEARS if you have to, in order to REALLY get to know the person you will marry. The week after we were married, he shipped out to Germany for 3 years. Half of that time he was deployed, so I didn’t move. His philosophies on raising children, work ethic and spot in his career path are VASTLY different than my own. I only really realized this after he came home and started college. He never really did look for a job while he was in school. Which was REALLY disappointing considering I was able to work 2 jobs while going to school. Of course that was before I had kids, so I figured he really should only have 1 job. I thought I was being realistic/honest. Perhaps I was too hard on him, but I wanted to show my kids a good example, someone who could put the petal the metal and take care of business. He was 30+yrs old. He had standards, and daycare to afford. Although he SAID he wanted a job, he didn’t look for one. Rather than look and be rejected, he became a stay at home dad, and we had baby #3. A stay at home parent is a great thing: 1) when you can afford it and 2) when both parents agree that is what should happen 3) the stay at home parent actually handles the stay-at-home part according to agreed upon ideals and activities. He didn’t and he hated it (so he says), and he was finally convinced to try something new.

Now he has a job, but it requires a BUNCH of travel, so he’s almost never home. And, some things have happened to put us in counseling, when he is in town. The rest of the time, things are strained. We talk about the kids, but that is about it. He is getting counseling on his own as well. Maybe Im just tired of being disappointed. Im tired of having to manage a grown mans life. This isn’t a ploy for flowers or presents or anything. We can’t afford anything fancy right now. All I wanted was a text message. Something simple, something easy. Unfortunately, his lack of action is in direct contrast of what he is says. This is a pattern. This has been a long really long 7 years. I hope with counseling and prayer it gets better.

The Pierce County Library has a great 2nd Saturday program.  From gardening with your kids to flying a kite.  Below are some that seem like a particularly cool way to entertain your young ones this weekend! Sat October 13th 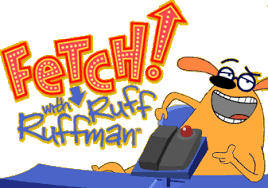 Ages 7 and up, accompanied by an adult.   Event audience: Family

Calling all geek dads and moms! Learn by doing fun, geeky projects for the whole family to complete together, inspired by the “Geek Dad” books by Ken Denmead.

It’s time for kids to have an event of their own!

Kids Can Run is a chip-timed, 1.5 mile event for youth ages 6 to 12. Bring the kids down and let them show the grown-ups how a race can be run! $4 entry fee includes water bottle and participation ribbon. My kids are not yet old enough for this event, we miss it by 2 months, it looks like a great way to keep running and exercise fun!

School is around the corner, and I can’t wait! My older two, the twins, are starting Kindergarten in the fall.   I always loved school.  I loved learning something new, and finding how the lessons build on top of another.  Yes, I was a nerd, and my CPA license after college just gave me the credentials to call myself a nerd.

But, my boys are different than I. They are so unique from one another, and as boys, their experience is sure to be different than mine.  We are so happy with the school we have chosen for them. The school celebrates the individual, boy or girl, and will definitely help Archie and Sean gain a sense of individuality in their learning, their interests.

To help them gain that sense of individuality, I love this post via Busy Kids = Happy Mom. She recommends writing (I imagine an email would be fine too – paper can be too easy to lose) a summary of your child for the teacher. The teacher doesn’t have the years of experience with the child and rather than spend the first couple of months gaining some very basic knowledge – it will really help giving your teacher a “Heads Up”, so both the student and the teacher can hit the ground running.

This is music to my nerdy, planning ahead soul and to my mothers soul who cherishes the ability to have other people see her twin boys as unique individuals.

Your child’s gifts and talents.  This allows for immediate connection.  After defining your child by his gifts (important), then list your child’s struggles, but don’t stop there.  Explain specific ways you have dealt with these struggles or quirks in the past. “My son struggles with focus, but in the past teachers have allowed him to do x, y and z to improve attention.”  You want to be a collaborator who solves problems, together.
(adapted from Kirk Martin at Celebrate Calm)
Questions to get you started for children K – 2nd grade:
1.  Your child’s past school experience.
2.  How does your child approach school or learning?  (apprehension or excitement)
3.  How would you describe your child’s learning style?  (hands-on, visual, etc)
4.  What kind of environment do you think your child learns best in?  (structure, more independent, calm)
5.  Child’s strengths and weaknesses academically and socially.
6.  Hobbies your child enjoys.
7.  Goals for your child this year at school.
8.  Your home situation (pets, divorce, death, new baby)
9.   Any additional concerns.

Fueling the parenting universe with inspiration for family fun.

Cook Up a Story

Inspiration and Recipes for Growing Families

How much trouble exactly could online dating be?